Educator and activist David Stovall shares his remarks from a plenary session at the With/Out ¿Borders? conference this past September. This is the second piece in a three-part series on “Cities in Revolt.”

To every person in Detroit who has ever had their water services terminated, to every person in New Orleans who weathered the storm called Katrina, to every family in Chicago that had a child in one of the 49 schools closed last spring, to every family that lives under constant fear of immigration raids in California, Texas, New Mexico, Nevada and Colorado, to the families that have lived in Ferguson, Missouri under an apartheid state before Mike Brown’s death: we must understand this political moment as one that is not coincidental, unfortunate or a general instance of happenstance. Instead, it should be understood as a moment where the lives of First Nations (the only Indigenous), Black, Latin@, Arab, and Southeast Asian are deemed disposable in their respective locales.

I speak from the instance of someone who lives in a police state. At any given moment on my block there could be anywhere from one to three police cruisers within 100 feet of my front door. Rookie officers walk beats on foot and ride bicycles to provide a sense of security for “new” residents (read White and affluent with a sprinkling of middle-class Black folks who are new to the area) in the Woodlawn community as the University of Chicago expands its reach to envelop the entire community.

Here in Chicago we have a new nickname—Chiraq. It was created on the urban legend that in 2012 there were more people killed in the calendar year than were killed in the manufactured Iraqi conflict. This has created a notion that youth of color in Chicago who might reside in neighborhoods classified as low-income are in some way inherently violent or naturally deficient. This is the furthest thing from the truth. Instead, we must understand that the conditions in Chicago are exacerbated through a process that pits one block against another, simultaneously creating a cage in which to collectively kill ourselves.

Chicago is a hyper-segregated city. Despite rampant gentrification in certain areas, Chicago is not a city of neighborhoods but a city of universes. People can spend lifetimes here never experiencing certain parts of the city due to age-old demarcated lines that live in our minds and bodies. Because some of us many not venture out into other areas, it doubly creates a sense of home while also engendering a sense of protectionism. In this moment, the city has lost 200,000 residents since 2000. Of those, 178,000 were Black. Additionally, the city has destroyed 80% percent of its public housing while only rebuilding 20% of its lost housing stock. Despite the fact that many buildings were in disrepair, there is also the reality that these places were communities that people understood as home. More insidious to the process is the fact that the Chicago Housing Authority had promised to rebuild 100% of the razed buildings. To uproot massive numbers of people without any accountability is criminal. But as we say around here, it’s the Chicago way.

This particular way has created an instance that is deeply complicated by segregation, the police state, school closures, and the lack of quality, affordable housing. Since 2004, Chicago has closed or repurposed over 150 schools. In the summer of 2013, they closed 49 schools due to austerity measures under the moniker of budget cuts. As an educator, I always ask my students what would happen if there were two rival high schools and one was closed. I continue the story to say that students from the closed school would be relocated to the rival school. From there I ask them what they think would happen on the first day. The majority of my students reply with “fights.”

Now just do that 49 times in one fell swoop and what is the expectation? Couple this with the fact that people who do not have a history of living amongst neighboring communities due to hyper-segregation are mandated to live in “rival” areas if they are even able to find housing. Add this to the fact that the city of Chicago decided to engage a full-barrage attack on reported “gang chiefs.” While some of us may have issues with street organizations (i.e. gangs), it is important to understand that the majority of their organizational structure is maintained by centralized leadership (i.e. chiefs).

The Chicago Police Department, along with the FBI and the Cook County Sheriffs Office, thought a strategy of incarcerating gang chiefs would have the same affect as RICO statutes had on the Mafia. The results were disastrous. Instead of curbing conflict, it resulted in the decentralization of street organizations. Groups that once had large affiliations were now decentralized to block-by-block organizations. With the leadership removed, young people without the stability of the organizational structure began to turn on themselves.  As some of the groups already had access to weapons, the conflict resulted in a uptick in homicides.

For the reasons mentioned above, I do not understand Chicago violence as a byproduct of hyper-violent youth. The conditions are the result of an engineered, manufactured conflict that the state uses to justify police brutality, gentrification, and disinvestment. But we are not lying down—currently there is a movement in Chicago (and other cities) to challenge this state of affairs. Communities have begun to organize themselves under the banner of reclaiming our city. In this collective rights movement for Chicago, families are teaming with community organizations to resist the state and their developments that aim to curtail the ability of residents to determine their realities. Whether it’s working to decentralize the juvenile detention facility, developing strategies to create authentic community schools, offering moratorium measures on Charter school proliferation, or shedding light on the mental health crisis on the South and West sides of the city, we are not taking it!

Our work stands as testament to the work ahead and the solidarity we need to create in very troubling times. We are not afraid. We are ready.

David Omotoso Stovall is associate professor of Educational Policy Studies and African-American Studies at the University of Illinois at Chicago. His research interests include 1) Critical Race Theory, 2) School-Community Relationships, 3) Youth Culture, and 4) The relationship between housing and K to 12 school systems. Stovall has been working with youth, community organizations and schools in Chicago, New York City and the San Francisco Bay Area. Furthering his attempt to connect K to 12 and university spaces, Stovall also serves as a volunteer social studies teacher at the Lawndale Little Village School of Social Justice. 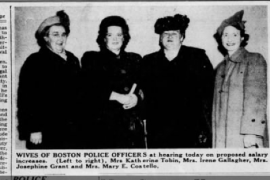 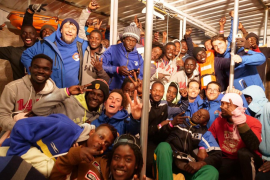 Police Violence and Youth Resistance: “Mike Brown Means We Got to Fight Back!”
Documentary about the violence in Chicago(chi raq)