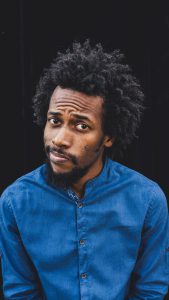 BIO: Nikkolas Smith, a native of Houston, Texas, is a Master of Architecture recipient from Hampton University, current Theme Park Designer & Concept artist at Walt Disney Imagineering, and Children’s Books Author/Illustrator. He is the author/illustrator the picture books “The Golden Girls of Rio” (nominated for an NAACP Image Award) and My Hair Is Poofy And That’s Okay. He also creates activist art paintings and Hollywood movie posters (Black Panther, Southside With You, Dear White People, Stranger Fruit). His works have been featured on TIME Magazine, The New York Times, The Washington Post, CNN, Buzzfeed, the Academy of Motion Pictures, The Guardian, ABC, NBC, KCET and many more. His art has been shared on social media by Van Jones, Shaun King, Rihanna, Colin Kaepernick, Viola Davis, Erykah Badu, Lupita Nyong’o, Kendrick Lamar, Tracee Ellis Ross, Ava Duvernay, Common, Simon Biles, Tessa Thompson, Mark Ruffalo, Jesse Williams, Amy Shumer and many others. He is a proud 2016 White House Innovators of Color fellow. His latest book Sunday Sketch: The Art of Nikkolas is a visual journey on life, a collection of more than 100 sketches he has done in the last five years. Nikkolas also talks for conferences (TEDxWatts) and schools all over the country, leads workshops in digital painting and movie poster and character design, and after hours on Saturdays mentors kids in Compton & Watts, CA, giving art lessons and life skills for success. He lives in Los Angeles, California.

People often say that I have a way of expressing what people want to say, even if they don’t know how to say it. With activist art, it’s often the frustration that people are feeling regarding an unjust system that needs to be visually expressed. People keep saying, ‘I wanted to say that, but I’m so glad you expressed it’.

I feel that the majority of my art pieces come from a place of love, freedom, and patriotism. They just are shown and expressed in different ways. Patriotism for instance, may be expressed as a vision of equality for every person in a given country, which is rarely the patriotism expressed by any group in power.

In my college years at Hampton University, I was the political cartoonist for the HU Script. It turned out to be the early seeds of my activist art career, and my attempting to express something politically through art. It didn’t really take shape until my Martin Luther King Hoodie piece going viral through CNN’s Van Jones, a pivotal weekend in my life that saw one George Zimmerman being found Not Guilty, and the entire Black Lives Matter movement being founded.

My focus now, after 5 years of creating pop culture and activist art on a weekly basis, is to continue creating captivating ARTivism that can spark important conversations in today’s world and inspire meaningful change. 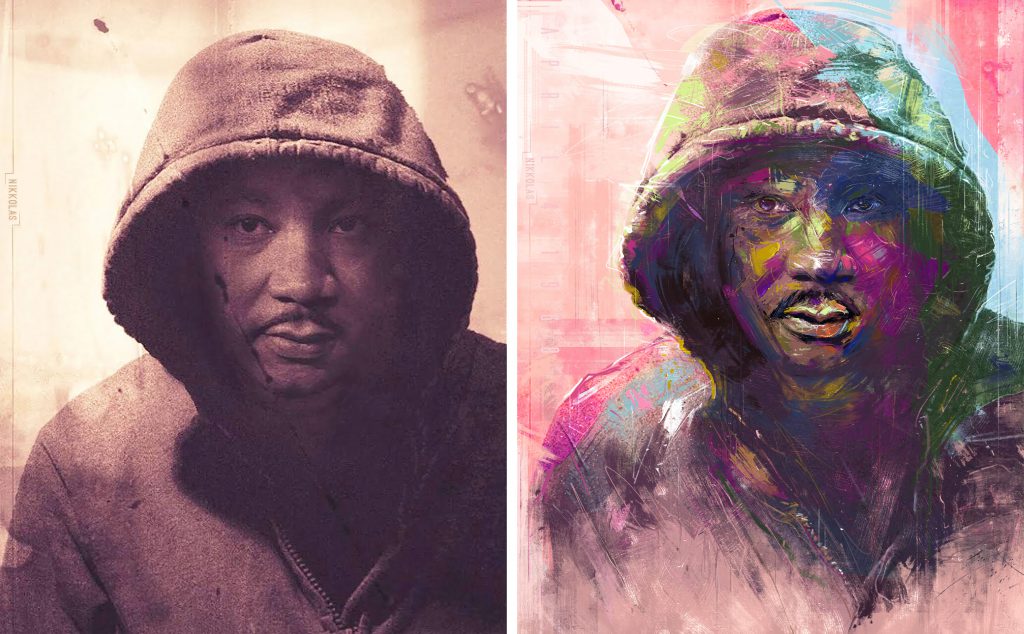 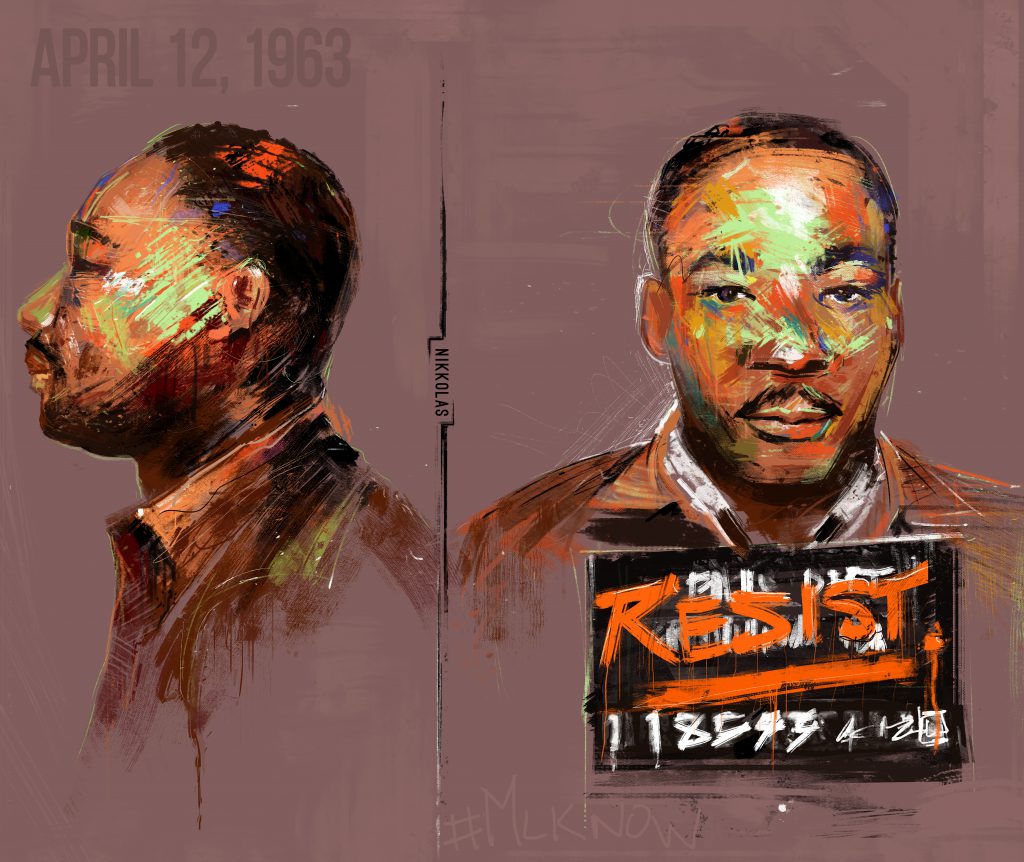 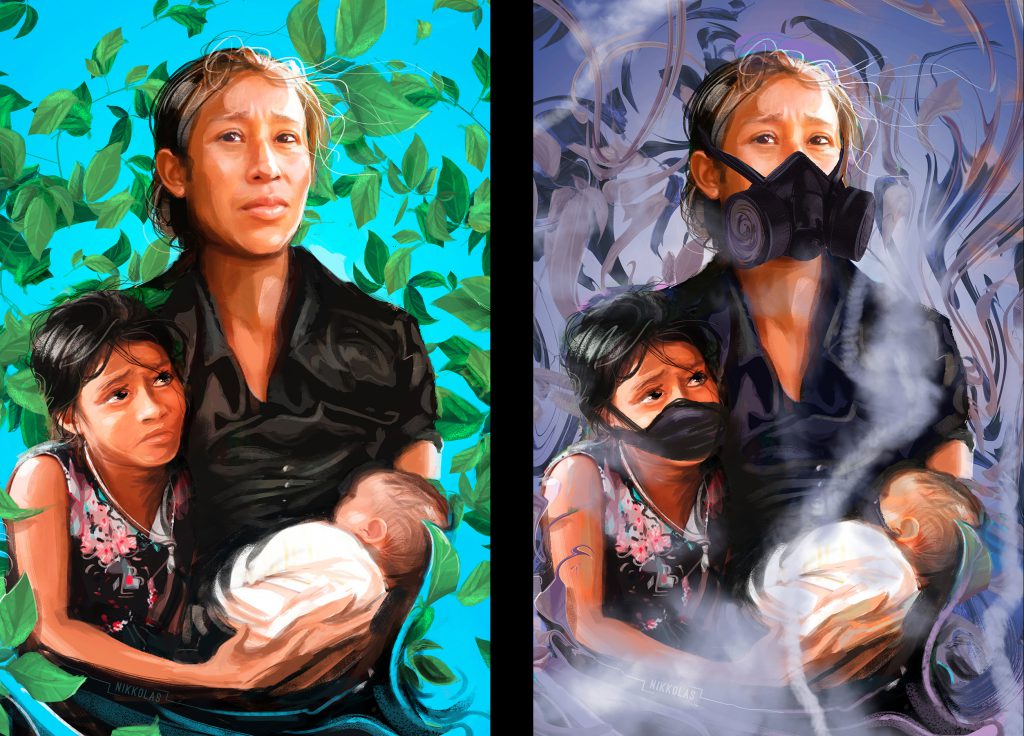 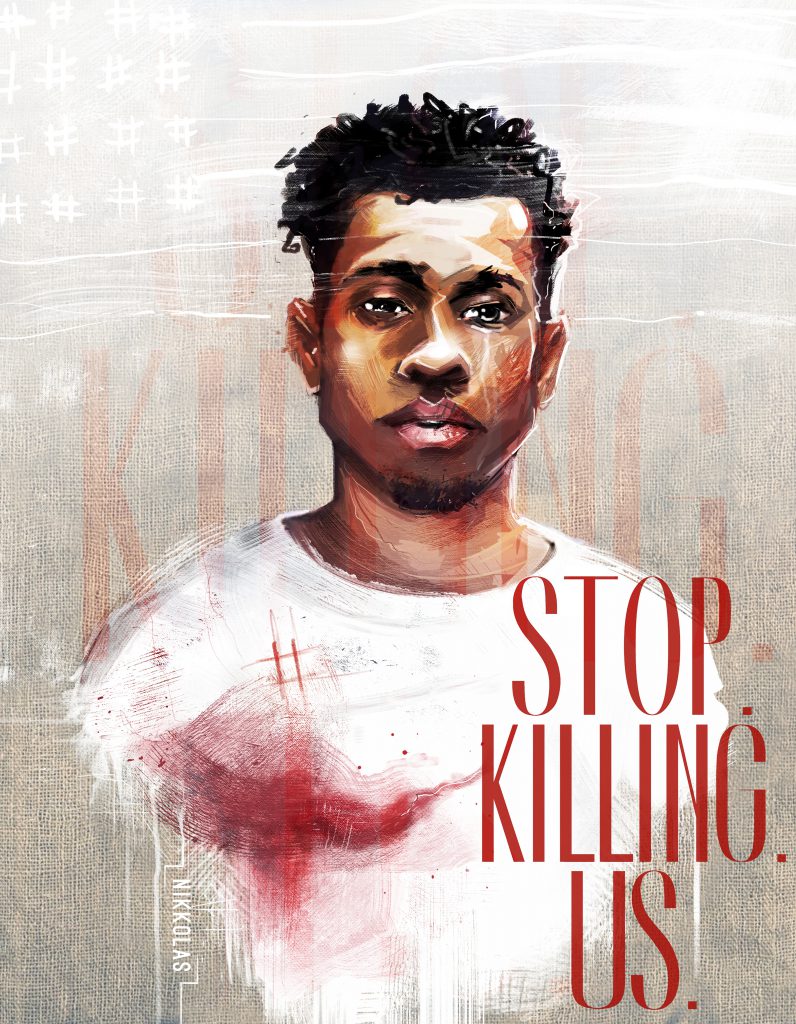 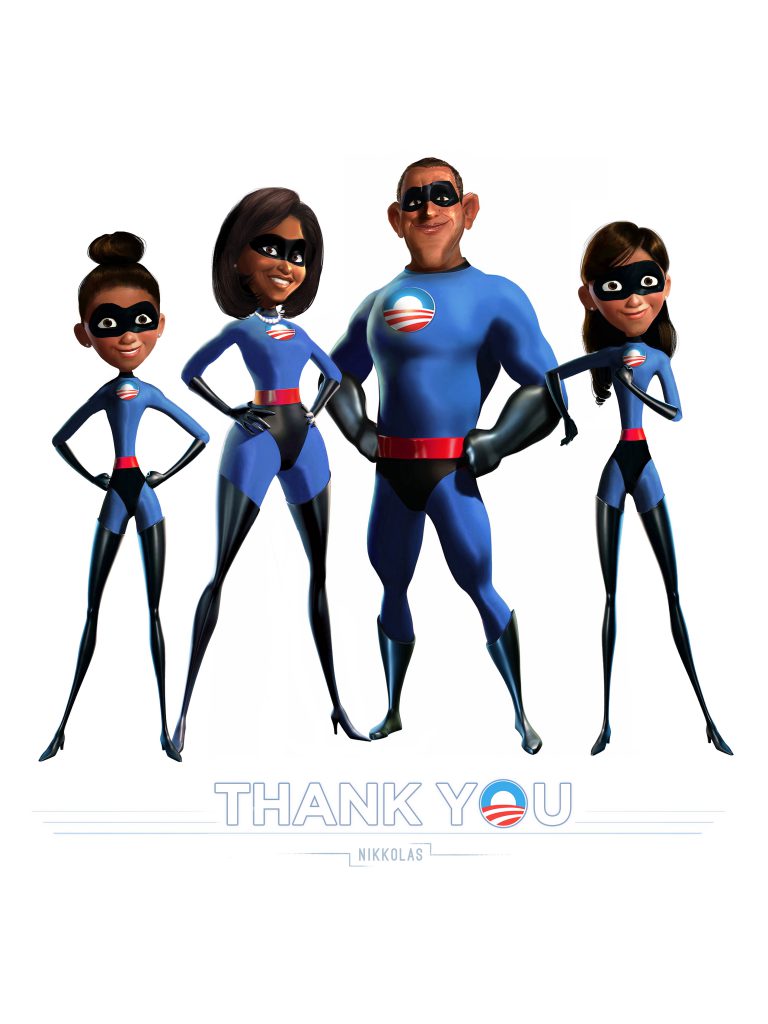