Monica Trinidad is a queer, Latinx artist and organizer born and raised on the southeast side of Chicago. In 2012, Monica co-founded Brown & Proud Press, a collective of people of color with the intent of sharing personal narratives of struggle through the medium of zines as a catalyst for collective healing and social change. Heavily involved in challenging police violence in Chicago, Monica was one of eight young organizers & activists of color who traveled to Geneva, Switzerland in 2014 to present a report on police violence in Chicago to the United Nations Committee Against Torture. As a delegation representing We Charge Genocide, a grassroots organization in Chicago, they staged a direct action inside the UN, calling attention to the murder of Dominique Franklin, a 23-year-old Black man tased to death by the Chicago Police Department. Because of We Charge Genocide’s delegation and direct action, the UN Committee Against Torture directly mentioned Chicago police violence against youth of color in their official observations, highlighting police violence in Chicago on an international level. In 2016, Monica co-founded For the People Artists Collective, a radical squad of Black artists and artists of color in Chicago who create work that uplifts and projects struggle, resistance, and survival within and for their communities. Monica currently co-hosts the podcast, the Lit Review, a podcast where organizers interview organizers about books relevant in this current political moment.

Check out more of their work here. 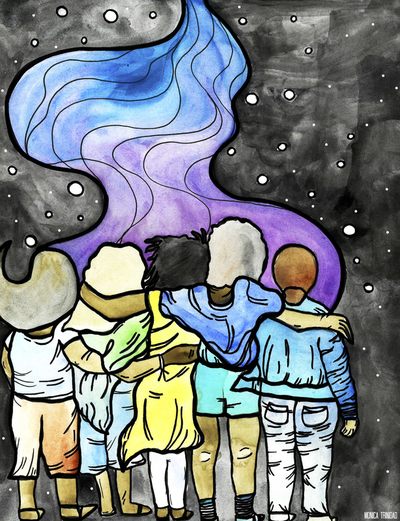