Bio
Dr. Adriana Garriga-López is an anthropologist and multidisciplinary artist born and raised in San Juan, Puerto Rico. She attended the University of Puerto Rico High School in Río Piedras, Rutgers University in New Jersey (B.A.), University of California in Santa Cruz, and Columbia University in New York (Ph.D. 2010). She is currently chair of and Associate Professor in the Anthropology and Sociology Department at Kalamazoo College, and she is Associate Faculty of the Brooklyn Institute for Social Research. Garriga-Lopez’s visual art has been exhibited in several group shows in Michigan and has been published in Intima: a Journal of Narrative Medicine and written about in the magazine 80 Grados. Documentation of her performance art is also forthcoming in Tripwire: A Journal of Poetics.

Artist Statement
This collection of five pieces is composed of one watercolor (“Chatarra”) from 2014; two murals I painted for the muralism festival Santurce Es Ley V (2015) in San Juan, Puerto Rico—“The Seed” and “Estela Garcia”; and two acrylics on canvas—one from 2016 (“Fatu Kekula of Liberia”), and one from 2017 (“Boots—After Magritte”). The topics range from the highly personal –such as the portrait of Estela García, a Dominican migrant woman who helped to raise my sister Claudia and I—to the global. I painted the portrait of Fatu Kekula after I saw her photo in a newspaper article that described how the young nursing student cared for her family members infected with Ebola. I wanted to paint both of these women in order to honor their work and the sacrifices they made. “Chatarra” is the word for ‘junk bonds’ in Puerto Rican Spanish and the watercolor reflects my obsessive concern with Puerto Rico’s economic crisis. The mural “The Seed” is my response to all of the line drawn penises in graffiti that I grew up with. I use lines and color to suggest an epistemic shift away from phallic power. The title (“La Semilla”) was given to the mural by a neighbor from the area where it is located, which is a Dominican migrant community in San Juan called El Gandul. Lastly, “Boots” is my take on Magritte’s famous surrealist painting. When I looked at his painting, I could imagine the feeling of putting on my boots only to look and discover my feet again, except that my feet would probably have painted toenails. In these epistemologically urgent paintings I am trying to create an alternate reality where the underlying universal subject of imagination and artistic reverence is female and brown. 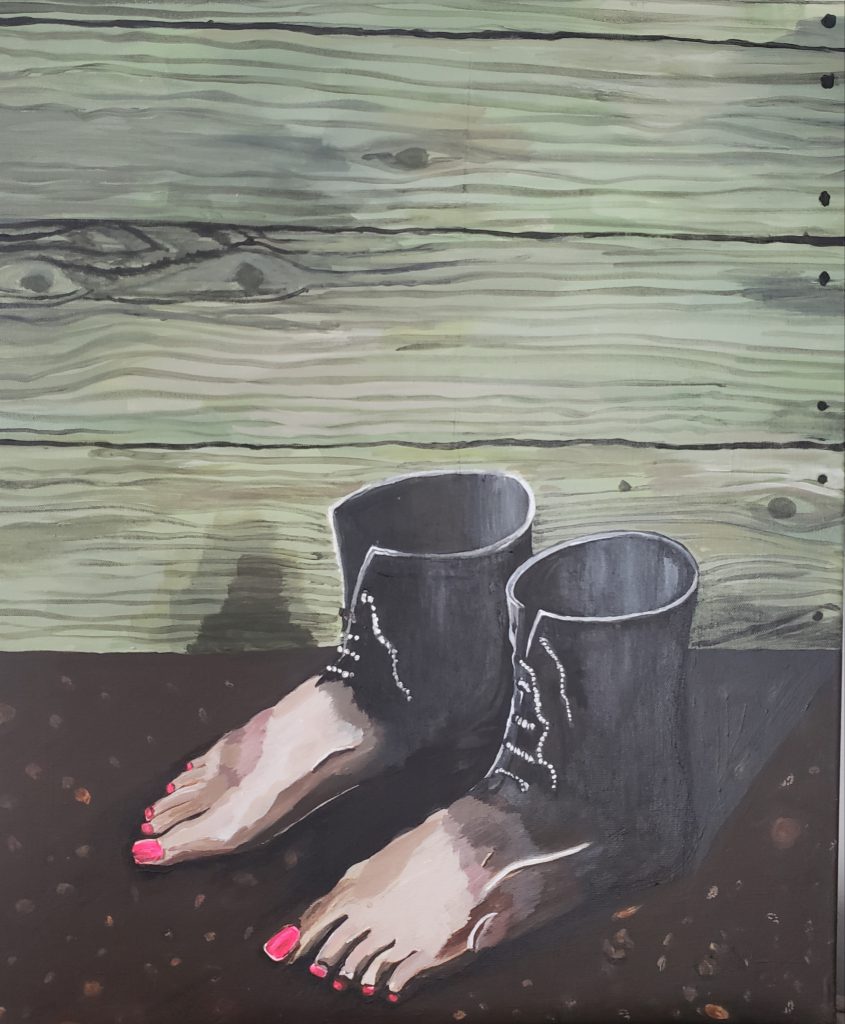 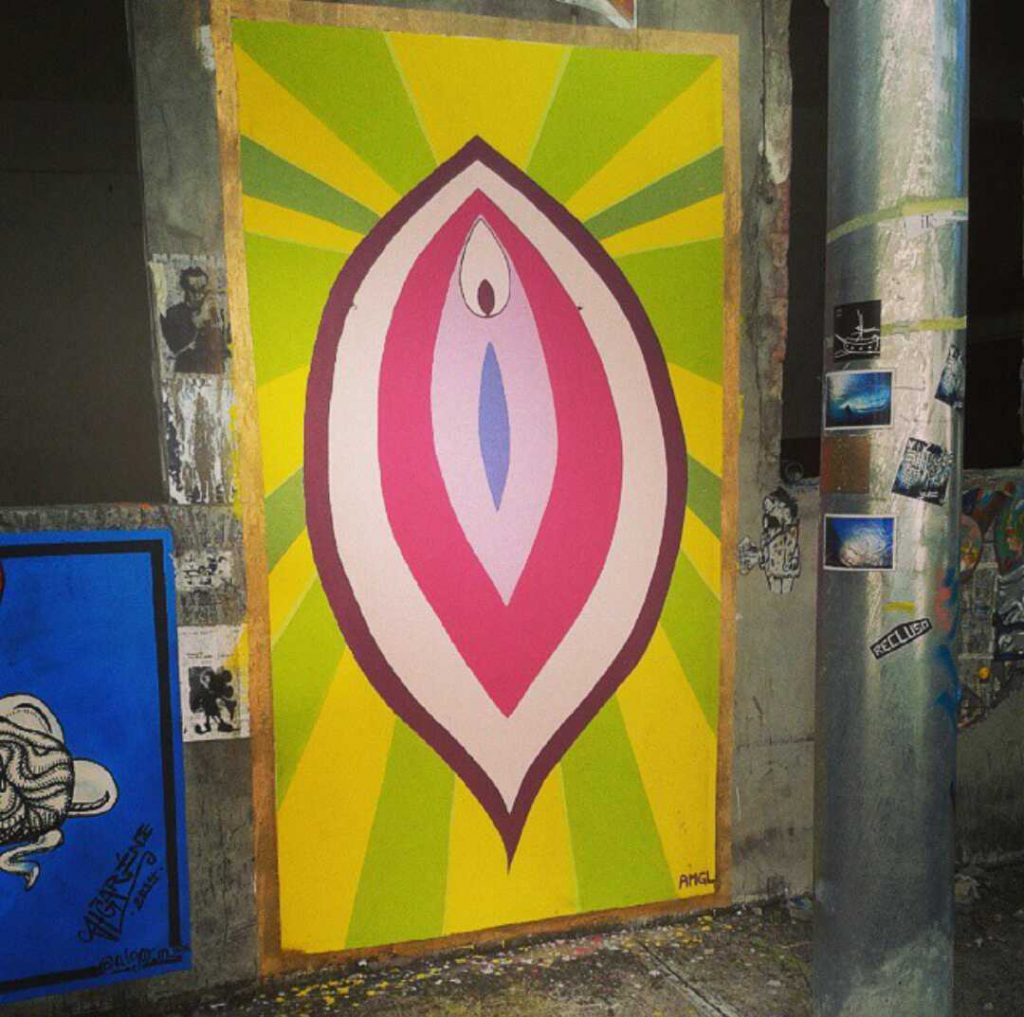 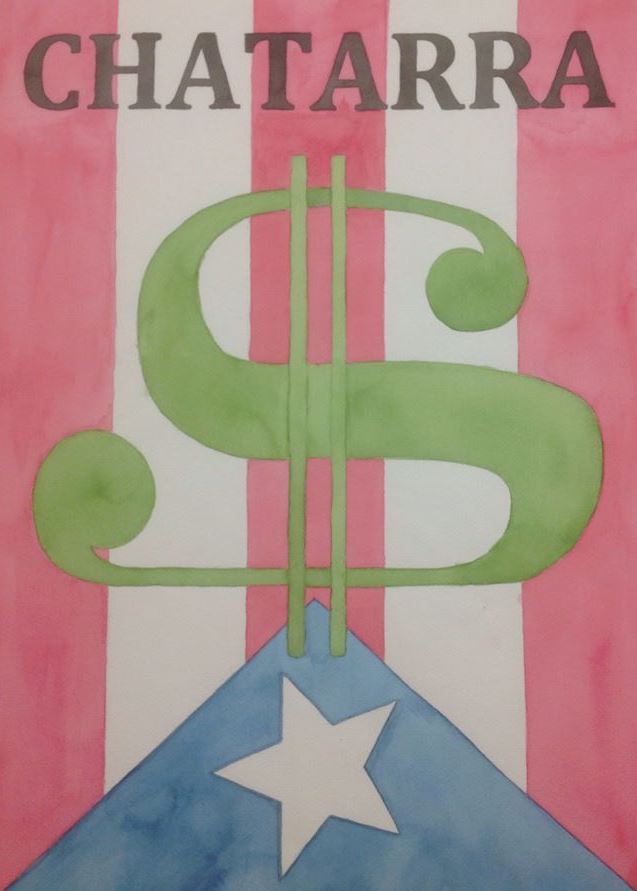 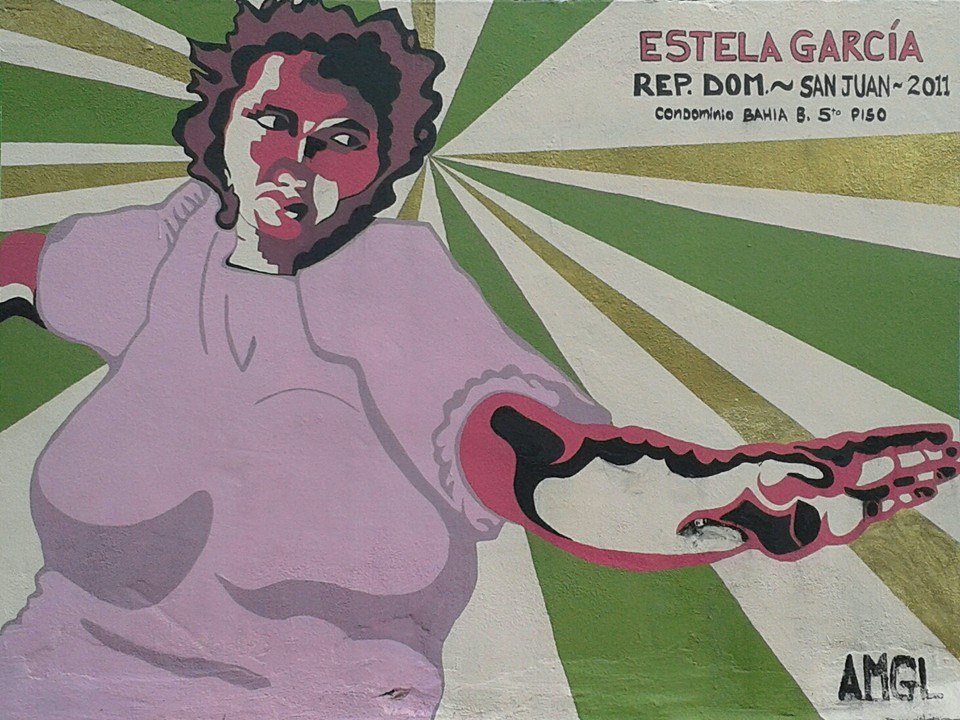 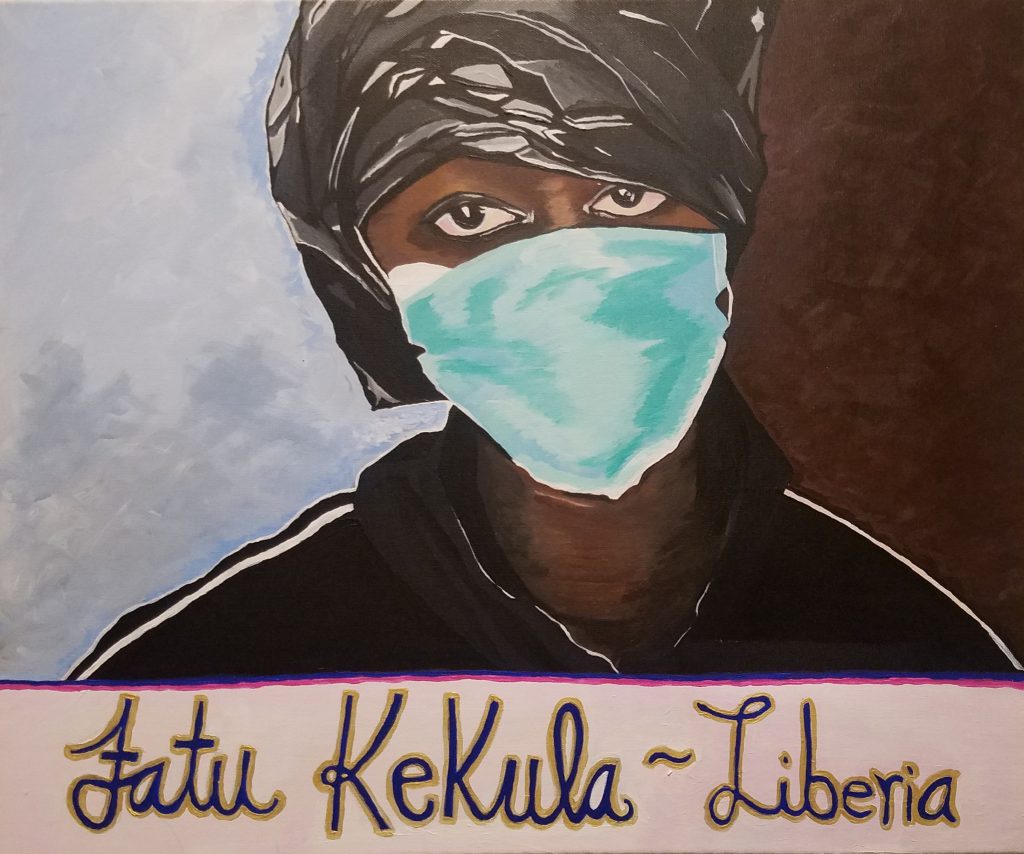