There was a lot of conversation happening about Trump’s endorsement of The FIRST STEP Act (H.R. 5682) prior to the bill being signed into law. Many progressive supporters of the Act were surprised that Trump would endorse political policy that they thought would ultimately get thousands of people out of prison. A closer look reveals the truth: The FIRST STEP Act is a flawed and extremely harmful law that was framed as a step forward for criminal justice reform, but in reality it’s a misguided attack on the movement to end mass incarceration.

Our concerns with The FIRST STEP Act are based upon three fundamental premises:

While we appreciate those that fought to make key changes to the bill prior to it being signed into law; namely adding some sentencing reform, limiting Department of Justice and warden discretion, and demanding oversight for the development and implementation of failed, algorithmic based risk assessment instruments; we know that big overhauls of the federal justice system happen every 20 to 30 years and the FIRST STEP Act simply does not go far enough.

There are many reasons to oppose this harmful Act, from increased privatization to the inadequate funding providing for any meaningful change. But here, we will focus on three key alarming aspects: the legislation’s racist use of risk assessments and lack of retroactivity; its attack on the displaced, undocumented and refugee population; and the power and discretion that the Act gives to the Trump administration.

“I think it’s been a contentious piece of legislation even within the community of people working in criminal justice reform,” – @rscottking.

In 2019, organizations that supported the #FirstStepAct are calling for proper implementation and transparency: https://t.co/ouRs7ORnqM pic.twitter.com/WJb2NacvTC

The Use of Racist Risk Assessments and Lack of Retroactivity

The FIRST STEP Act invests in structural racism through the use of discriminatory risk assessments , a form of monitoring who qualifies to be released and who doesn’t. We know the use of risk assessments will dramatically increase racial and socioeconomic disparities. Research proves that risk assessments do not accurately predict risk, and in fact exacerbate racial biases against people of color, especially Black people. Although proponents of the Act say that the system will be evaluated regularly to ensure that unwanted racial disparities do not continue, the latest studies conducted from Florida to Kentucky prove that risk assessments further marginalize those most impacted by mass incarceration.

The FIRST STEP Act excludes the vast majority of people in federal prison by not retroactively applying to those charged before the enactment of the new law. This is reason enough to say that the legislation does not go far enough. If Trump and Congress were serious about transforming the federal system then they would stop tinkering at the edges and pass legislation that would seriously reduce incarceration levels.

The Attack on the Displaced, Undocumented and Refugee Population

The FIRST STEP Act excludes the majority of undocumented immigrants from obtaining “good time credit” benefits and further criminalizes migration. As a coalition of immigrant rights organizations stated, “In 2015, half (49 percent) of all federal prosecutions were for improper entry and re-entry prosecutions. Almost a quarter of those in the Federal Bureau of Prisons (BOP) prison population are non-citizens (23 percent).” The FIRST STEP Act is set to strip away even more protections for the displaced, undocumented and refugee populations and further target immigrants fleeing violence for federal prosecutions. Rather than acknowledging this growing percentage of the federal prison population, The FIRST STEP Act explicitly excludes and ignores them. This is far from a ‘First Step,’ and in fact a continuation of Trump’s disastrous immigration policies that continue to rip families apart.

The Increased Power Provided to the Trump Administration

The FIRST STEP Act gives far too much discretion and power to a federal administration that has consistently attacked the most marginalized, including Black and brown people, queer and trans people, the disabled, and migrants. Providing Trump with another tool to imprison and attack communities of color is not only playing with fire, it’s ensuring that we roll back all the progress that we have made and emboldens a man hostile to all of us.

As the movement to end mass incarceration continues to gain victories in states all across the country, we must focus on the structural barriers (policies and practices) that drive and maintain mass incarceration. We know that the majority of people impacted by the system are governed by state and local policy and that’s why we believe that The FIRST STEP Act is derailing – and even dividing – the momentum for comprehensive sentencing and criminal justice reform.

Proponents of the new legislation from Senator Booker to Van Jones implored us to support the FIRST STEP Act because the “perfect should never be the enemy of the good.” But let’s not forget: if we want to address the crimes of the 1994 Violent Crime Control and Law Enforcement Act that led to 65 million people—that’s one in three adults—in the United States now having a criminal record, we must do more. We cannot and will not endorse a Trump-endorsed policy that will continue to criminalize, incarcerate and deport members of our LGBTQIA+ communities, refugees, indigenous communities, the undocumented and Black and brown people.

Organizations across the country have dedicated their lives to transforming the criminal justice system and are proud to stand alongside the leading civil rights organizations in America including The Leadership Conference on Civil and Human Rights, NAACP Legal Defense Fund, United We Dream, Asian Americans Advancing Justice, MomsRising, Just Leadership USA, Black Alliance for Just Immigration, and a host of others who vehemently oppose The FIRST STEP Act.

Now that the FIRST STEP Act has been signed into law, we have to learn from the ways that the Trump administration can deceive us into thinking that a measure that further harms our communities is good for us. We must remain vigilant as this administration runs its course, and trust grassroots organizations when they say that a bill that sounds too good to be true is dangerous – before it is signed into law. We cannot compromise on measures that will further criminalize and demonize our communities.

Artist, organizer, educator, and popular public speaker, Patrisse Cullors is a Los Angeles native and Co-Founder of the Black Lives Matter Global Network and Founder of grassroots Los Angeles-based organization Dignity and Power Now. She just completes a two-year fellowship at MomsRising where she is worked on ending maternal mortality and Morbidity by helping pass several federal legislation bills that supported maternal justice. In 2013, Patrisse co-founded the global movement with the viral Twitter hashtag #BlackLivesMatter which has since grown to an international organization with dozens of chapters around the world fighting anti-Black racism. In January 2018 Patrisse Cullors published her memoir, “When They Call You a Terrorist: A Black Lives Matter Memoir.” Her memoir became an instant New York Times Bestseller. Patrisse has been honored with various awards including: The Sydney Peace Prize Award (2017), Black Woman of the Year Award (2015) from The National Congress of Black Women, Civil Rights Leader for the 21st Century Award (2015) from the Los Angeles Times, Community Change Agent Award (2016) from BLACK GIRLS ROCK!, Inc., Women of the Year Award for the Justice Seekers Award (2016) from Glamour, and ESSENCE’ first-ever Woke Award. Patrisse is currently a 2019 MFA candidate at the University of Southern California.

Mike de la Rocha is a strategist, musician, and one of the most effective change makers of our generation. As Founder of Revolve Impact (an award-winning social action and creative agency based in Los Angeles), he has co-orchestrated several of the largest policy victories and cultural shifts of the last 30 years. 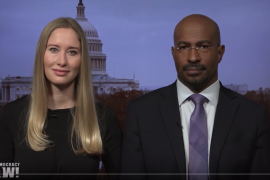