At the Praxis Center, we occasionally feature profiles of organizations doing movement work across the globe. Erlendy Cuero Bravo and her colleagues Luz Marina Becerra and Paola Rivadeniera from AFRODES joined the Arcus Center family at the With/Out – ¿Borders? global gathering this year. We are very fortunate to have been able to establish a relationship with this Colombian afro-descendent activist group, and are happy to share a profile of their work below. This piece was translated from its original Spanish.

We, the people who make up this organization, have built its mission together.

The National Association of Displaced Afro-Colombians—AFRODES—is a non-profit organization that was created on August 1, 1999. It emerges as a need for dialogue between Afro-Colombian families displaced by violence who require attention from the government and other entities and institutions that attend and respond to forced displacement. AFRODES’ advocacy is local and international in scope. For this reason, it has a chapter in the United States, which allows us to create a network of contacts and support in the country. In Colombia, the association is participating in the construction of a proposal for the implementation of public policy that addresses the devastating impacts of displacement on Afro-Colombian people.

AFRODES educates, advises and trains our community in human rights, economic and social development, cultural identity, and organizational strengthening, with a gender-inclusive and intergenerational approach. AFRODES interacts with the institutions of the Colombian state, the international community and civil society, and influences the construction of policies that guarantee the effective implementation of human rights to the Afro-Colombian population, who live in a situation of confinement or forced displacement. AFRODES strategically values negotiated solutions to the problems that affect the displaced population.

AFRODES fights for the democratic and peaceful coexistence of the Colombian society, working so that in it there is equality of conditions and opportunities for all, and contributing to the construction of a pluri-ethnic and multicultural nation. In this context, AFRODES visualizes a country without displacement or confinement, where Afro-Colombian communities coexist harmoniously in freedom and equality, with dignity and justice, deepening the social democratization of the Colombian state.

Currently, AFRODES is comprised of 116 regional organizations throughout the country. The organization welcomes people of Afro-Colombian descent who are in a situation of forced displacement due to the violence of their habitat and wish to fight back peacefully and voluntarily to survive and improve their standard of living, through self-determination, in any part of the Colombian territory where they are found or reside.

Colombia is a country ruled through competing, broad normative concepts; including the will of the legislator in the political constitution, and the doctrine of international treaties and agreements, which aim to guarantee human rights and international human rights. Despite Colombia’s adoption of such international agreements, it was not until 1991 that the political constitution was modified to include the protection of the human rights of ethnic groups, including Black, Afro-descendant, raizales[1] and palanqueras[2] communities.

In 1993, Law 70 was enacted, recognizing Black communities that have occupied uncultivated lands in the rural riparian zones of the rivers of the Cuenca del Pacífico[3]. The law recognized the communities’ rights, in accordance with their traditional production practices, to collective property. The law also aims to establish mechanisms for the protection of cultural identity and the rights of Colombia’s Black communities as ethnic groups, and the promotion of their economic and social development, in order to guarantee that these communities obtain real conditions of equal opportunities with the rest of Colombian society. AFRODES was born with an aim to defend these rights.

Erlendy Cuero Bravo is the Vice President of the National Association of Afro-Colombian Displaced Persons (AFRODES). She was born in the Buenaventura municipality in corregimiento # 8 vereda guaimia, and during her childhood and youth she lived between rural and urban Buenaventura. Erlendy is currently a student of law and is the legal representative of the EL CAMINOPROPUESTO (The Proposed Path) Association. She is also coordinator of the AFRODES chapter in Cali, a member of the Cali Victims Table, and a member of the Peace Council in Cali.

Erlendy is currently employed as the Regional Community Coordinator of Community Services Program for the Afro-Colombian population Victim of violence and Torture-COOPLE in Buenaventura and Quibdó, and is a survivor of sexual violence, forced displacement, threats, attempted homicide, and has witnessed the attempted murder of her son, the murder of her father, her brother and other relatives.

She is motivated to make visible the oppression that Afro-descendant communities experience, with a recognition that children, young people, the elderly and women are most vulnerable. Her work aims to end violent oppression and its after-effects, ultimately improving the living conditions of Afro-Colombians in her community.

[2] Editor’s note: palenqueras refers to communities in Colombia who live in palanques, which are territories of Afro-descendent people whose ancestors escaped enslavement and established free settlements, often refered to as Maroon communities or quilombos in the English and Portuguese-speaking Americas, respectively.

[3] Editor’s note: Law 70 was groundbreaking in its establishment of protections for Afro-Colombian people and their traditional, ancestral territories. These territories are under threat of development by the government and corporate interests. 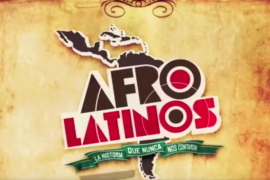