* These remarks were delivered at the Kalamazoo College 2014 Baccalaureate Service earlier this June.

I’ve been asked to meditate on the theme of light for this event, and as I discussed this invitation with my father in Puerto Rico, where I am from and where I was just visiting for a few days, he gave me the idea with which I shall begin. To start with the father as the origin of ideas in the secularized house of the Christian god is no small irony for me, having devoted my energies as a teacher in large part to criticizing the sociopolitical forms of domination enshrined by patriarchy and religious dogmatism—practicing what you might call a heathen learning. Nonetheless, this request has given me the opportunity to reflect briefly on secular thought and secular criticism in relation to my task as an educator, for which I am grateful.

I shall reflect first of all on being light, or what it means to say that we are beings of light in a linguistic sense, and leave the meditation on quantum physics and the being of light or beings as light that it proposes in conjunction with yogic philosophy on the nature of consciousness for another occasion—perhaps one less formally marked by the remnants of a Christian basis for philosophy. According to my father, I should begin with the word; that is, with a linguistic analysis of the phrase Lux Esto. This is indeed the logical place to begin a philological examination of the meaning of this phrase, and I will surely not be the first, or the last to do just that. 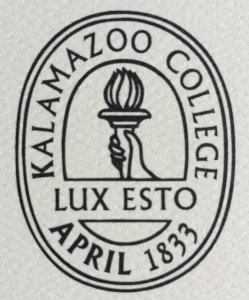 Many of you will be familiar with the two ways one can say ‘to be’ in Spanish; ser & estar. They both mean ‘to be,’ but one reflects a transcendental understanding of ‘being.’ ‘To be,’ as in ser, is an intrinsic notion of self, of which el ser is also a pseudonym. The other form of ‘to be’(estar) places emphasis on being as a process. This estar is to be in the moment, to be here, to be in a particular state (or non-state,) in a mood, a mind frame, or within this time, as opposed to other possible states of being. It is an ontological basis for being in and for knowing the world, through the self that is here and now; that is, through a notion of the self as evanescent and ephemeral, instead of eternal. And so it is that from my native language (Spanish) I can draw the connection between the school’s motto (Lux Esto) and my pedagogy, which is oriented toward a praxis of liberation.

A woman I greatly admire, the Indian literary scholar Gayatri Spivak, has argued that the task of the humanities in our present condition is the ‘uncoercive rearrangement of desire.’ As an anthropologist, I am a secular humanist, and as an intellectual, I am committed to a politicization of desire, as well as to a politics and poetics of desire that I hope can produce new possibilities for human action and freedom.

I draw the notion of secular criticism from the great Edward Said who argued that, “the core of humanism is the secular notion that the historical world is made by men and women, and not by God, and that it can be understood rationally according to the principle…that we can know things according to the way they were made” (Humanism and Democratic Criticism, Columbia University, 2004, p. 11).  This is also how we must come to know ourselves through critique, or as Antonio Gramsci put it in his Prison Notebooks:  “The starting-point of critical elaboration is the consciousness of what one really is, and is ‘knowing thyself’ as a product of the historical process to date, which has deposited in you an infinity of traces, without leaving an inventory.” Critical thought, decolonization, and secularization are part and parcel of this inventory-taking—itself a necessarily unfinished project.

I have often asked myself exactly what it means for me as a teacher to uncoercively rearrange my students’ desires. In a recent interview with Brooklyn Rail, the intellectual misfit Hakim Bey, a.k.a Peter Lamborn Wilson, has called this a form of magic wherein he stated that:

serious art works the same way, it’s just that the purpose of the artists, we presume, is the liberation of the people they are communicating with, rather than the enchainment, as Bruno put it—he talked about bonds and binding, an ancient concept of magic, to bind people to your will.  The artist does that too [and perhaps also the professor]—but to elevate, enlighten, and illuminate, rather than to endarken, enslave, and stupefy. The same techniques are at work. They are not to be transmitted in a merely rationalistic way. You cannot go to school to learn how to do this; you can learn a lot, but you can’t, for example, really be taught art. You can be educated, led forth by a great teacher to discover what is in yourself.

This binding of the self to the other, or of the other to the self, or both, is part of what Gayatri Spivak means by the uncoercive rearrangement of desire. It is also connected to what Sigmund Freud meant when he described the unconscious as “inherited psychic material” (Gourgouris 2013) and the origin of thought as being the alien implantation of consciousness. By this he meant not interstellar visitors, but the fundamental otherness of desire; the central place of the other and her desires in our construction and understanding of our own selves.  As Stathis Gourgouris has argued in his book, Lessons in Secular Criticism, “self-authorization, if it is to be genuine, cannot but remain predicated on self-interrogation and self-alteration” (Fordham U.P., 2013, p. 39).

I have had the pleasure of exchanging othernesses with many of you, graduating class of 2014. We have implanted thoughts in each others’ minds, shared laughter, worked hard, and simply been there, with and for each other. In this being, we have been light. We have led each other to discover what was within and outside ourselves through discovering these beautiful and difficult others. It doesn’t matter, in a sense, what happens after this. The being happened, here, in this place—we were light. We have bound each other to each other, through love, which is nothing other than the sharing of our processes of being and becoming. And now, you will go forth to be and become other things. I know you will carry us with you. 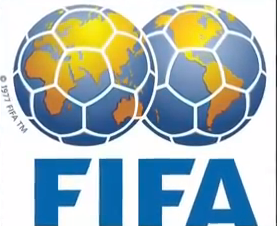 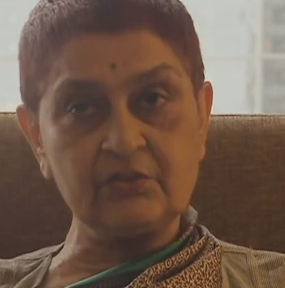