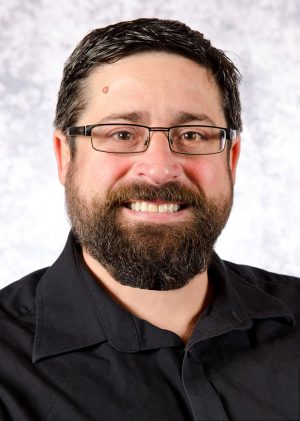 Joe Soss, the University of Minnesota’s Cowles Chair for the Study of Public Service, will deliver the annual William Weber Lecture in Government and Society at 8 p.m. Tuesday, Oct. 29, in the Olmsted Room at Mandelle Hall.

A professor and author known for exploring the interplay of democratic politics, societal inequalities and public policy will visit Kalamazoo College on Tuesday. Cowles Chair for the Study of Public Service Joe Soss will deliver the annual William Weber Lecture in Government and Society at 8 p.m. in the Olmsted Room at Mandelle Hall.

Soss holds faculty positions in the Hubert H. Humphrey School of Public Affairs, the political science department and sociology department at the University of Minnesota. His open-to-the-public lecture, “Preying on the Poor: Criminal Justice as Revenue Racket,” shares a title with his current book project.

In the upcoming book, Soss and coauthor Josh Page will argue that police officers, acting as street-level enforcers for a program promoted by city officials in Ferguson, Missouri, used fines and fees to extract resources from poor communities of color and deliver them to municipal coffers.

The authors will further argue that what happened in Ferguson is not an anomaly in U.S. history or of contemporary American governance while offering a political analysis of the origins, operations and consequences of revenue-centered criminal justice practices that have grown in the U.S. since the 1990s.

Soss also co-authored a 2011 book, Disciplining the Poor: Neoliberal Paternalism and the Persistent Power of Race, with Richard C. Fording and Sanford Schram. That book explained the transformation of poverty governance over 40 years and received the 2012 Michael Harrington Award, the 2012 Oliver Cromwell Cox Award, the 2012 CHOICE Outstanding Academic Title Award and the 2015 Herbert Simon Award.

The Weber Lecture was founded by Bill Weber, a 1939 graduate of Kalamazoo College. Weber also founded the William Weber Chair in Political Science at the College before passing in 2012. Past lecturers in this series have included David Broder, Van Jones and DeRay Mckesson. For more information on Soss and his work, visit his website.