A distinguished group of alumni will join Silicon Valley executives and venture capitalists for Career Summit 2018. The event is two days of practical preparation April 6 and 7 for Life after K. Brad O’Neill ’93, the CEO and co-founder of Depot Global Inc., is the second in a series of features that will highlight our speakers for the event. To learn more, visit our Career Summit 2018 news story. 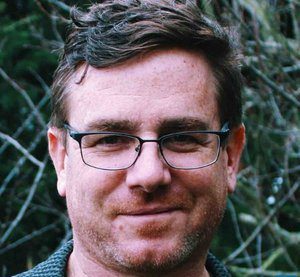 Brad O’Neill ’93 is a successful serial entrepreneur who specializes in enterprise technology companies. He is currently the CEO and co-founder of Depot Global Inc.

While a student at Kalamazoo College, Brad O’Neill worked as a feature writer and Backpage editor of The Index, studied abroad at Waseda University in Tokyo and wrote his Senior Individualized Project, “An Analysis of Neoconservative Thought and Evolution in Modern America: Impressions from the American Enterprise Institute.” He has remained very engaged with K as an alumnus and currently serves on the College’s Board of Trustees. In addition, Brad created and made possible K to the Bay in 2014, which became the model for subsequent career treks at the College as well as the inaugural Career Summit in 2017.

Brad is a successful serial entrepreneur who specializes in enterprise technology companies. He is currently CEO and co-founder of Depot Global Inc. after most recently serving as senior vice president, Global Sales and Success, at SurveyMonkey. He joined SurveyMonkey in August 2015 through the acquisition of TechValidate, a marketing content automation company that he co-founded and built into a high-growth, profitable global market leader. Prior to TechValidate, Brad was a founding investor in StumbleUpon, a leader in content discovery, leading its acquisition by eBay in 2007. He has held many sales and revenue leadership positions at companies including the data clustering software company PolyServe, acquired by HP, and StorageNetworks, which he helped build and take public on the Nasdaq in 2000.