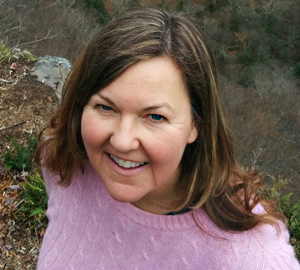 Say Vonnegut and most everyone fills in the blank: Kurt. But there was another Vonnegut, and when Bernard built silver-iodide generators and seeded clouds to create rain, he was the brother the government began watching. If the military could control the weather, well, that could be the next super weapon.

In her new book, The Brothers Vonnegut: Science and Fiction in the House of Magic, author Ginger Strand ’87 explores the relationship between the two brothers and how each struggled with matters of morals and ethics involving their work.

Bernard Vonnegut was a leading scientist in a research lab at General Electric in mid-1950’s Schenectady, New York. His younger brother, Kurt, worked in GE’s public relations department, often writing press releases about the scientific discoveries Bernard had made in the lab. When one of Bernard’s discoveries had the potential to change weather, the military took notice. The Army oversaw Bernard’s work, calling it Project Cirrus, and the brothers shared perspectives on science being used to harm rather than benefit humankind. For Kurt, these were the themes that worked their way into his many novels.

“That, for me, was the interesting story that emerged in my research,” Strand says. “During their time working together at GE, they began to exchange ideas and talk about the ethical dilemmas Bernard as a scientist was facing. This was the era after the development of the nuclear bomb. There was a lot of talk about scientists and their responsibility for the use of their inventions.”

When Kurt Vonnegut wrote about what he saw going on at GE, his work was classified as science fiction. Strand says he found that baffling. To his understanding, he was writing social satire.

“During the day, Kurt would write peppy press releases about GE, but at night and on weekends, he would go home and write short stories,” Strand says.

Success, whether wanted or in some respects unwanted, came to Bernard for his work in the laboratory, but for Kurt, in literature, it did not come easily. He collected hundreds of rejection letters. He struggled to learn to write well. He often felt himself in the shadow of his brother’s genius, although neither brother let that get in the way of their close relationship. Eventually, he would produce 14 novels, three short story collections, five plays, five non-fiction books, and become known as a literary icon.

Ginger Strand is the author of three previous books, including Killer on the Road: Violence and the American Interstate. She has written for a wide variety of publications, including Harper’s Magazine, This Land, The Believer, Tin House, The New York Times, and Orion, where she is a contributing editor. (Text by Zinta Aistars)