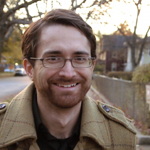 Max Cherem ’04, assistant professor of philosophy, has been appointed as the Marlene Crandell Francis Assistant Professor of Philosophy beginning July 1, 2015 and running through June 30, 2018. This endowed chair is designated for “an entry-level teacher-scholar with demonstrated achievement and exceptional promise.”

Max is a K graduate, class of 2004, and was a Fulbright Fellow in Nepal the following year. He began his tenure track appointment at K in 2011 and completed his Ph.D. from Northwestern University in 2012. His paper “Refugee Rights: Against an Expanded Refugee Definition and Unilateral Protection Elsewhere Policies,” was recently accepted for publication in the highly regarded Journal of Political Philosophy.

Max was one of four persons in the country honored with the prestigious Humanities Writ Large Visiting Faculty Fellowship for the 2015-16 academic year. He will spend the year at Duke University working in the philosophy department and in the Kenan Institute for Ethics. His work focuses on the ethical challenges created by “externalized” state border controls: policies that try to prevent migrant arrival by projecting or outsourcing a nation’s authority over migration beyond its regular territorial borders. While he is at Duke, Max will work on two research projects about the due process standards appropriate for refugee status adjudications and the ethical issues raised by partnerships that delegate or coordinate authority. He also plans on volunteering with the refugee community in Durham area so as to learn about resettlement from their perspective. At K, Max’s teaching and research focuses on social and political philosophy, ethics and biomedical ethics, critical social theory, and philosophy of law. 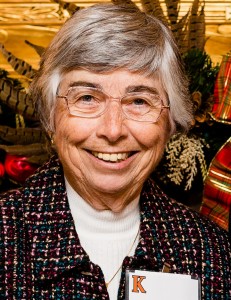 Marlene Crandell Francis graduated from K in 1958 with a B.A. in English. She earned an M.A. in that subject from the University of Akron and taught there for 20 years. Returning to Michigan, she earned a Ph.D. in higher education administration at the University of Michigan. Marlene joined the Kalamazoo College board of trustees in 1980 and served on its executive committee and as secretary of the board before being elected an emerita trustee in 1998. She is the author of “A Fellowship in Learning: Kalamazoo College, 1833 – 2008,” published on the 175th anniversary of the College’s founding. Marlene and her husband, Arthur, live in Ann Arbor, Michigan.