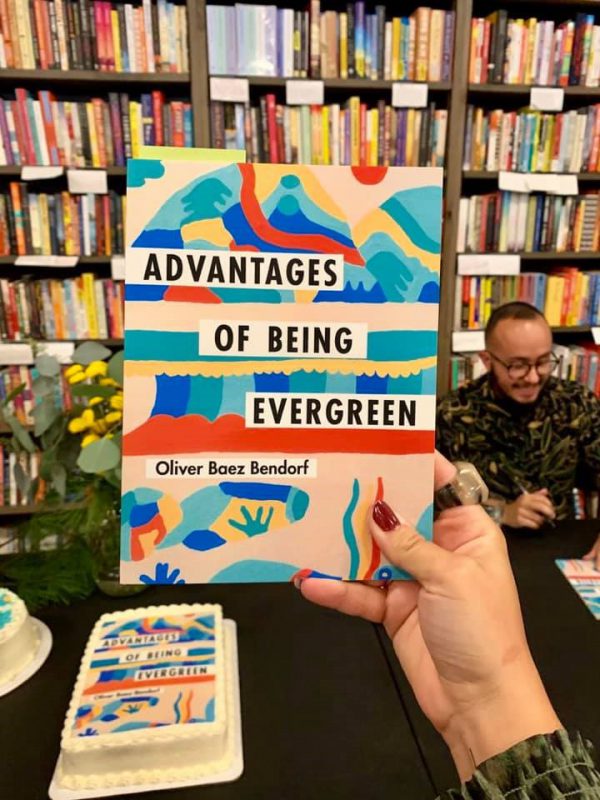 Two Kalamazoo College faculty members are celebrating accomplishments outside the classroom including Assistant Professor of English Oliver Baez Bendorf who has released a new collection of poetry titled Advantages of Being Evergreen.

As the academic year begins, two Kalamazoo College faculty members are celebrating accomplishments outside the classroom: Assistant Professor of English Oliver Baez Bendorf released a new collection of poetry titled Advantages of Being Evergreen, and Documentary Film Instructor Danny Kim was nominated for Best Michigan Short Film for A Day in the Life of Kik Pool at the Royal Starr Film Festival in Royal Oak.

Baez Bendorf’s book, published by the Cleveland State University Poetry Center, was launched with a poetry reading at Bookbug in Kalamazoo.

“I started this collection right after the 2016 election and it felt necessary to build a world in poems where all of my self and communities and dreams could be present,” Baez Bendorf said. “It’s such a privilege and pleasure to have the book published through Cleveland State University Poetry Center. I often tell my students to write the poems they need to read, and to trust that in doing so, there will be readers who need them also. I wrote this book because I needed to read it and it feels great to be hearing feedback from others that these poems are resonating with them.”

Advantages of Being Evergreen was the winner of Cleveland State University Poetry Center’s 2018 Open Book Poetry Competition. Baez Bendorf was previously published through a poetry collection titled The Spectral Wilderness. A chapbook, titled The Gospel According to X, is in the works. His poems have appeared in American Poetry Review, Poetry, Troubling the Line: Trans and Genderqueer Poetry and Poetics, and elsewhere. 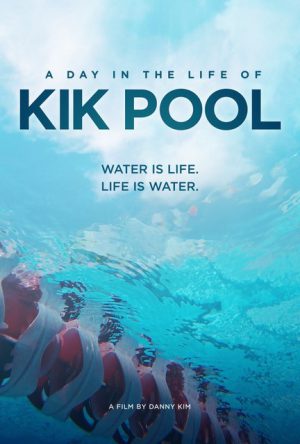 Two Kalamazoo College faculty members are celebrating accomplishments outside the classroom including Documentary Film Instructor Danny Kim, who was nominated for Best Michigan Short Film at the Royal Oak Film Festival for A Day in the Life of Kik Pool.

Kim’s film reflects how a public pool often provides a place for the community to gather, exercise, learn an important skill and simply have fun. As the film progresses, the pool evolves into more, taking on a life of its own as it shifts and changes with the people who use it.

Kim has been involved with Masters swimming, which involves a special class of competition for swimmers at least 18 years of age, offering him a chance to work on something personal through the film.

“From the very beginning, I knew I wanted to tell the story from the perspective of the pool,” Kim said. “The challenge was how to best illustrate the character of the pool for each of the groups who use it. Before dawn, when the Kalamazoo Masters practice, the pool is quiet and contemplative. When the age-group swimmers hit the water, the pool reflects their energy and youth. Swimming-lesson time is childlike and simple, while lap swim is ephemeral and other-worldly. So from the outset, each section was shot and edited in a way that would best convey these characteristics.”

Kim credited two of his former students for their assistance in making the film special to him.

“Ximena Davis ’19 filmed and assisted with production. One of my favorite shots in the film is hers,” Kim said. “Savannah Kinchen ’18 gave me some valuable notes in post-production. One of her comments in particular led me to change the opening of the film.”

Kim’s previous work includes the feature-length documentary The Stories They Tell, which was selected for the inaugural Royal Starr Film festival in 2016 and was screened at film festivals across the Midwest.